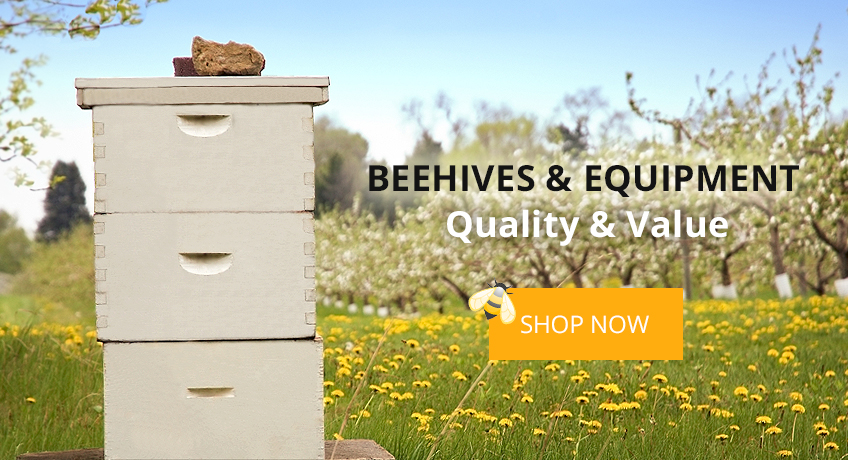 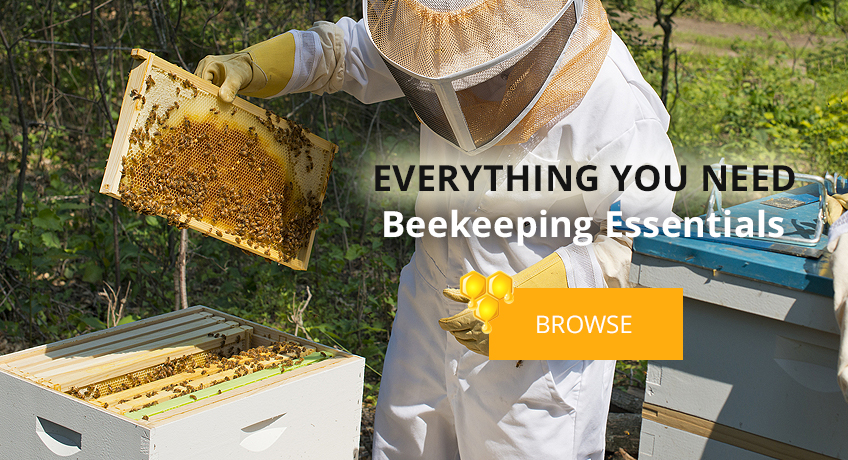 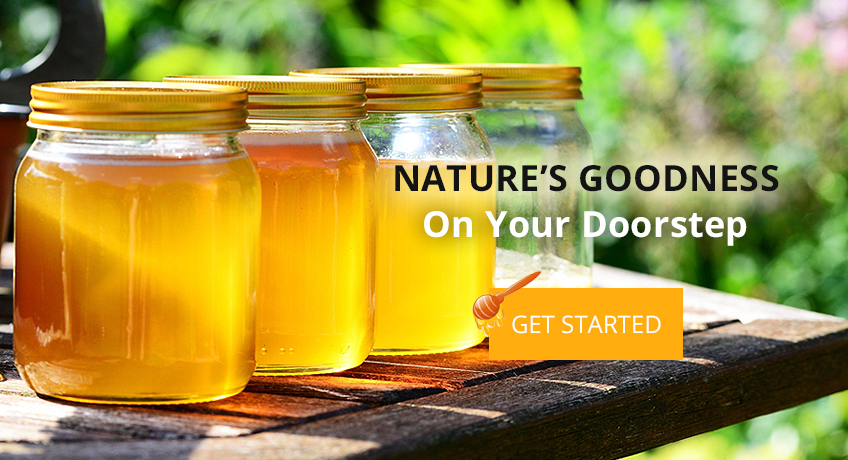 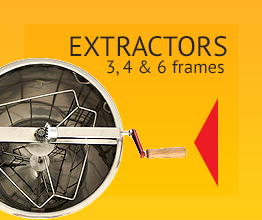 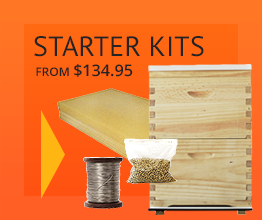 Due to covid we are only operating online - no warehouse sales

Brookfield Beehives was established with the aim of bringing quality affordable beekeeping equipment and supplies to Australian beekeepers. We stock a range of single, double & triple beehives, a range of manual extractors plus an extensive range of tools and supplies to help you get the job done. Whether you're an established apiarist or a part time hobbyist we are committed to providing a large range of competitively priced high quality products that can assist you in this environmentally valuable pastime.
With 1 mouthful in every 3 depending on bees and their powers of pollination, Beekeeping has become a very popular hobby over the past decade in Australia, it can be extremely gratifying watching bees at work and knowing you're beehive is a critical link in our food production. People living in both the city and regional areas are taking a keen interest in beekeeping and are establishing hives in all sorts of different environments. Setting up and operating a hive is extremely relaxing and is a great way to get in touch with nature. It gives you the opportunity to spend time outdoors on your property and produce honey for your own use in cooking and food preparation and potentially for sale.
Brookfield Beehives is located in Sydney Australia however we are purely an online store with no physical shop. We deliver our products via Australia Post and a number of courier services. It is possible for you to collect your items from our warehouse however this is strictly by appointment.
If you are currently keeping hives or you are looking to establish a new hive then why not check out the products that Brookfield have to offer.

What Supplies And Equipment Do I Need To Get Started?

A lot of people ring and ask us about what are the basic supplies and equipment to get started with beekeeping. Here is our list of the basic equipment that we believe you should get when starting out.

Obviously you can't get started without a beehive. If you are new to the hobby you should probably start with a single. Our beehives come complete with frames and a lid.

You will need wire to wire up the frames when you are setting up the hive. We have supplies of wire in a few different sizes if you are interested.

The eyelets are used when wiring up the frames. We stock them in packs of 500 so there should be plenty to get you started.

These are essential equipment and will stop you getting stung when you are working on your hive. We stock 2 sizes of beekeeping gloves, both are ventilated with leather hands.

The suit is also essential equipment and will stop you getting stung by your bees. Our suits are made of cotton and are designed for Australian sizes. We have a number of different types of suits including traditional cotton suits along with the more modern ventilated suit. We also offer 2 types of hat, either the traditional round beekeeping hat or with a fencing style hood. We also have a good range of sizes.

Once you have your honey production happening you need to look at a way of getting the honey out of the frames and into some containers. The way that people do this is with a honey extractor. Here at Brookfield Beehives we stock a range of manual honey extractors, 2 frame plastic extractors plus 3 & 4 frame stainless steel extractors. All our extractors are at great affordable prices.

What's making a Buzz in Beekeeping

Keep up-to-date and find out all the latest Beekeeping news from around Australia and beyond.

Stop the spread of external parasites such as varroa mites, tropilaelaps mites and more,  find out how. [Read more]

Tasmania's bee surveillance program is helping keep world population healthy.  These sentinels are stationed within 600 metres of ports as part of a national program.  [Read more]

Chinese love of honeycomb a sweetener for apiarist at Orange

Most people think of honey in a jar as the sweet export success, but one Orange apiarist is forging a new market for honeycomb. Charlie Casido from Orange, in the central west New South Wales, is keenly aware that Middle Kingdom citizens are keen to get sticky fingers. [Read more].

The NSW bee industry will be further protected to minimise the impact of pests and diseases with the appointment of a new Bee Biosecurity Officer Rod Bourke based at the Department of Primary Industries (DPI) Tocal College at Paterson. [Read more]

The nation's busiest pollinators have received a boost after the official launch a multi-faceted effort to maintain the health of Australia's bees along with the country's $1.8 billion pollination-reliant horticulture and grain industries. [Read More].

Colony collapse: 10 years after the crisis began, what is happening to the world's bees?

Ten years ago, beekeepers in the United States raised the alarm that thousands of their hives were mysteriously empty of bees. What followed was global concern over a new phenomenon: colony collapse disorder.

Since then we have realised that it was not just the US that was losing its honey bees; similar problems have manifested all over the world.[Read More].

Beekeeping experiencing a boom in popularity

The buzz around the streets is that beekeeping is experiencing a boom in popularity. Like raising chooks, backyard beehives have become popular, and commercial honey producers are hearing from budding apiarists looking for advice.[Read More].

The honey industry is thriving, with demand for Western Australian honey and industry investment at unprecedented levels, according to WA honey producers. [Read More]

In the wake of the first ever Australian review of the risk posed to the country's pollination and agricultural industries by large African hive beetle (LAHB), the pest is now endorsed as a High Priority Pest by all state, territory and federal governments. [Read More].

The world has a new source of antibacterial honey,with research confirming that Australian honey from the same species as New Zealand's well-known manuka honey has similar medicinal properties.

This is a potential boon for the Australian industry, as medical-grade honey sourced from New Zealand earns an estimated $75 million a year. [Read More].

River Cottage Australia had a really interesting episode on honeycomb recently. You can check out the segment here. We were really impressed by the low impact horizontal top bar hives that were featured in the show.

If you would like to find out more about beekeeping in your state then it may be an idea to get in touch with one of the local associations. They will be able to inform you about the local regulations in your area as well as helping you with recommendations in regards to the equipment and supplies that you will need to get started.

The History of Beekeeping


Bees have existed for much longer than humans,but exactly how long bees have existed on this earth is uncertain. Some sources will claim bees date as far back as 40 million years, while others will state they have been around even longer, 150 million years, with fossilized remains as evidence. Despite being of such a small size, bees are very important insects that play a significant role both in the animal world and the human world. How humans have kept bees and taken advantage of their honey supplies has varied throughout the years and come a long way.

While bees have been a part of nature for what seems like forever, the idea of humans taking advantage of their honey production supplies is a lot more recent. To start from the very beginning, caves hiding prehistoric depictions indicate that humans were eating wax and honey 10,000 years ago. These are the earliest signs of humans using bees for food. In Spain,drawings that show signs of a way of beekeeping have been discovered thought to be around 7,000 years old. Another discovery of drawings in Spanish caves paints the picture of individuals climbing trees with equipment to reach and harvest honey from wild beehives.

In the very early days of beekeeping humans used basic supplies and fire to manage the bees. Once fire became something humans could control, they used its smoke to make the bees tame and passive. An example of this method is found in ancient Egypt 2,400-2,600 years ago. In the Egyptian way of keeping bees, depictions show them blowing smoke into the beehives before removing the honey-combs which were then stored in clay jars.

Up until the modern era beehives that were used for honey were destroyed in the honey gathering process, resulting in death for many of the bees.

A common method of keeping bees during Medieval Times was to house the bee colonies in basic equipment, hollowed-out logs or skeps. A skep was a type of man made beehive consisting of rope, straw, willow or hazel and which also sometimes were concealed with cow dung or mud to make them waterproof against the rain. To support the honey combs in the skep beehive sticks would be put in. The skeps would be placed on a stone foundation and have an area, much like a little front porch, sticking out at the front of the beehive where the bees could land and enter the hive. Skeps are actually still used today but for a slightly different purpose. Instead of housing the bees,it is simply used for capturing and collecting the swarm.

The hollow logs and skeps were then put in niches in stonewalls outdoors. These niches are called bee boles and can still be found today in old stone walls.

The skep and hollow log beehives were fixed-comb beehives, meaning that everything in the hive was fixed and not movable. If the hive needed to be examined this caused problems since it was difficult to actually inspect and get a picture of what was going on in the hive. The person managing the beehive equipment could simply not inspect each comb. This type of beehive equipment was popular to use until the mid-1800.

As a step towards modern beehives, some beekeepers constructed hives with bars at the top which forced the bees to build their combs along the top bars. This enabled the beekeeper to cautiously remove the combs without damaging them. Beehives of this type received the name movable comb hives.

In 1789 a Swiss man by the name of Francis Huber invented a hive with fully movable frames, called The Leaf Hive. This hive was easy to manage thanks to the mobility of the frames. The combs were easily studied like pages in a book.

More recent important improvements regarding beekeeping have been in the extractor process, the development of modern beekeeping tools, equipment and supplies and in the management of the bees.